There are plenty of guides and blog posts online describing the process of making Xamarin binding for a Swift library, but I’ve been always struggling dealing with endless amount of new and new errors. The steps below is a real-world example of binding Starscream library (websockets in Swift for iOS and OSX).

As the first step, the Swift project needs to be opened in Xcode and prepared for build.

Xamarin.iOS currently only supports bitcode for watchOS and tvOS, not iOS. Since Apple requires all libraries to support the same architectures, you need to disable Bitcode in the Xcode project. Go to your target’s Build Settings -> Set Enable Bitcode to “No”. 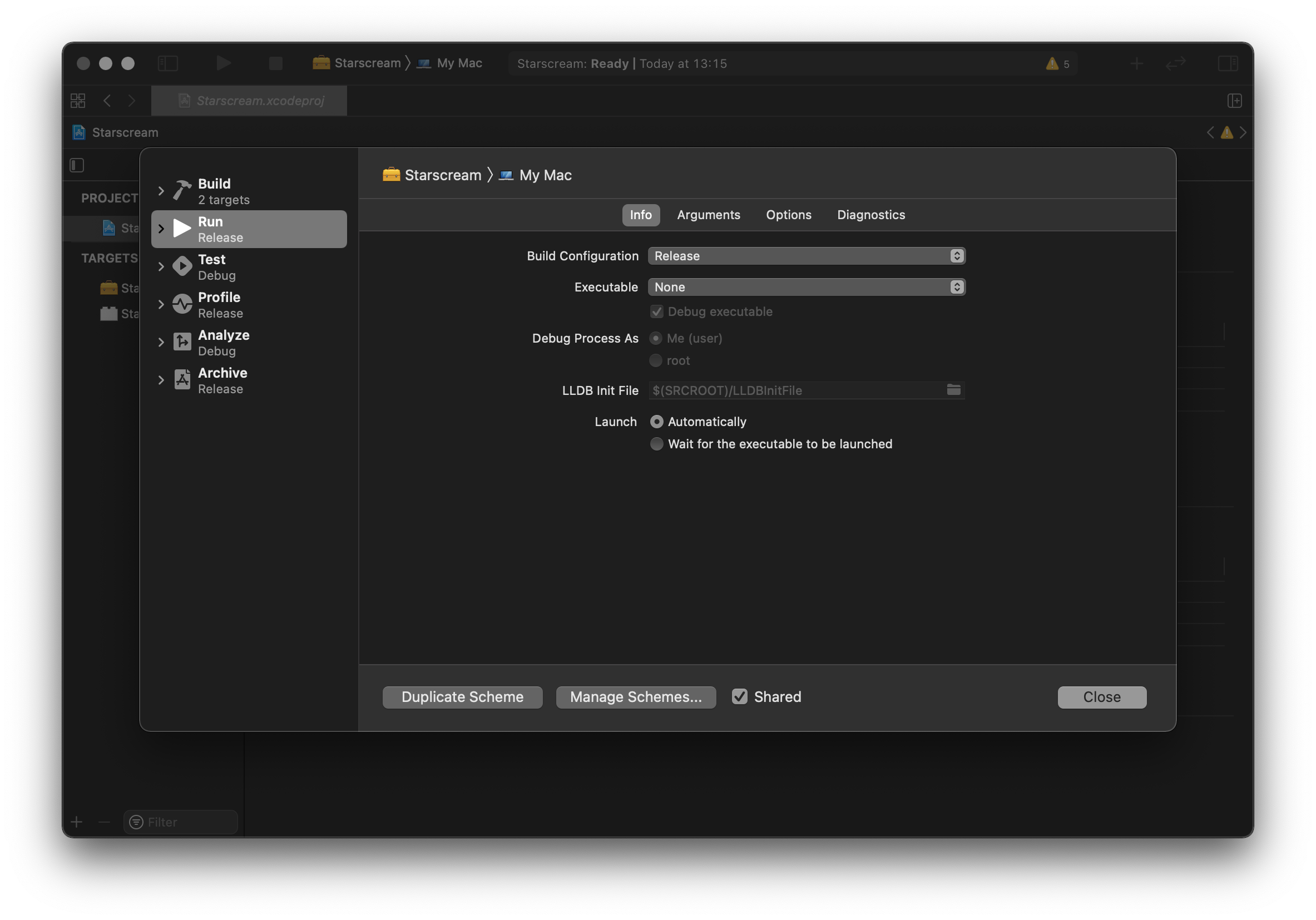 If you are on macOS Mojave 10.14 or below, you might see the following error when trying to build the Xcode project:

Go to the target Build Settings in Xcode and change Supports Mac Catalyst property to No:

Locate Release-iphoneos and Release-iphonesimulator by choosing “Show in Finder” in the context menu of your target product. There directories are exactly what you need in the next steps. 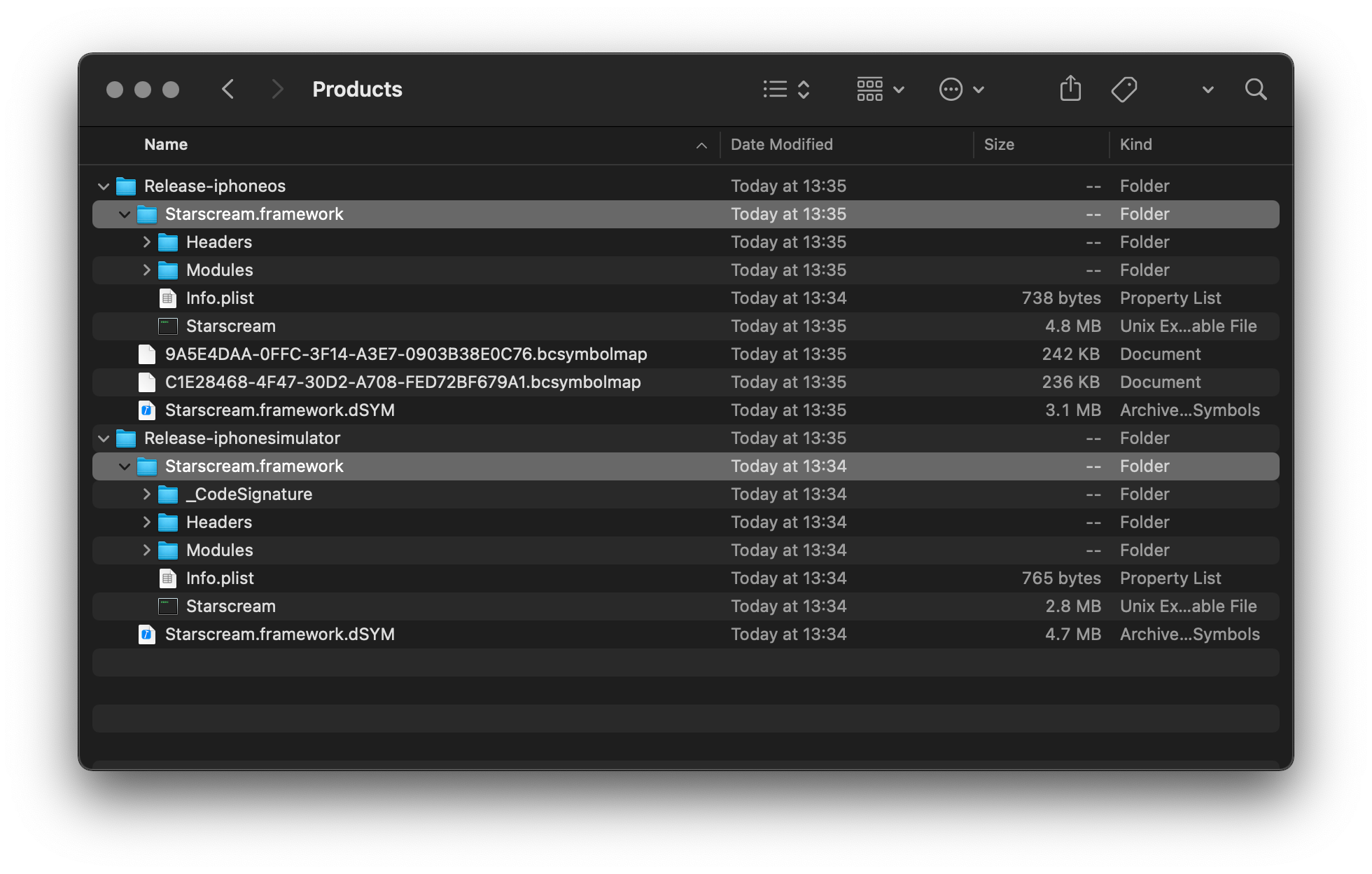 Verify that the binary contains all required architectures:

As a result, you should have a binary framework ready to use in Xamarin:

First of all, get the latest version of Objective Sharpie. The current “stable” version is 3.4.0 which is quite obsolete and it doesn’t support Xcode 11 and iOS 13 SDK.

Once Objective Sharpie is installed, run the binding command:

Objective Sharpie will generate one or two files: ApiDefinitions.cs containing the actual binding code, and potentially Structs.cs, if there is an enumeration in the source code.

At this step, create a new Xamarin.iOS biding project in Visual Studio and copy ApiDefinitions.cs and Structs.cs along with Starscream.framework directory into the project. The csproj file of the binding project should look something like this:

As the next step, you have to manually verify binding code and fix all the issues Objective Sharpie failed to solve on its own. Common errors are:

If needed, you can modify C# class and method names in ApiDefinitions.cs. Also, don’t forget to specify the actual library name and its version in AssemblyInfo.cs and AssemblyName property in the csproj file.

Once all errors in the binding code are fixed, build the project. At this point you should get a DLL containing a Swift library that can be used in Xamarin.iOS apps: then either create a new NuGet package or reference the binding project directly in your Xamarin.iOS app project. 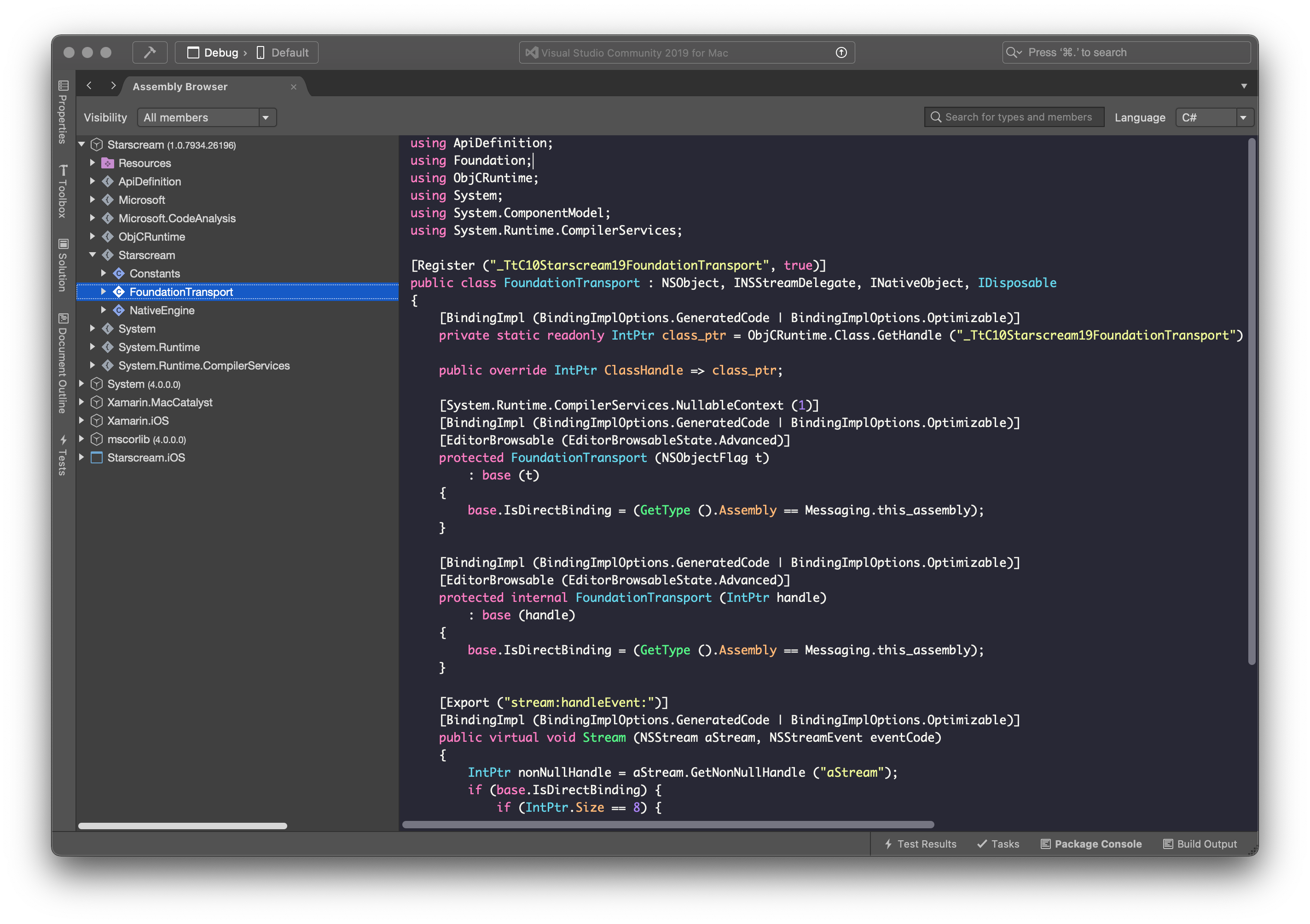 4. Include Swift dependencies into your app

If the target iOS version of your app is lower than 12.2 then additional configuration is required. Xamarin.iOS still does not support Swift runtime, although some work is going on. Anyway, if you need to support older iOS versions you need to ship Swift dependencies with your app. There are two projects that can do it for you:

In my experience both of them work well and both have the same limitation: the Swift libraries are not being copied to the right place when generating the IPA using Visual Studio, causing the rejection of the App Store when uploading the IPA.

To be able to generate a valid IPA of a Xamarin.iOS app with Swift dependencies, you need to use the Xcode IPA wizard.

N.B. Do not put spaces in the output path of the Xamarin.iOS project (in project name and its path, in configuration names, etc.) to avoid errors like this one.